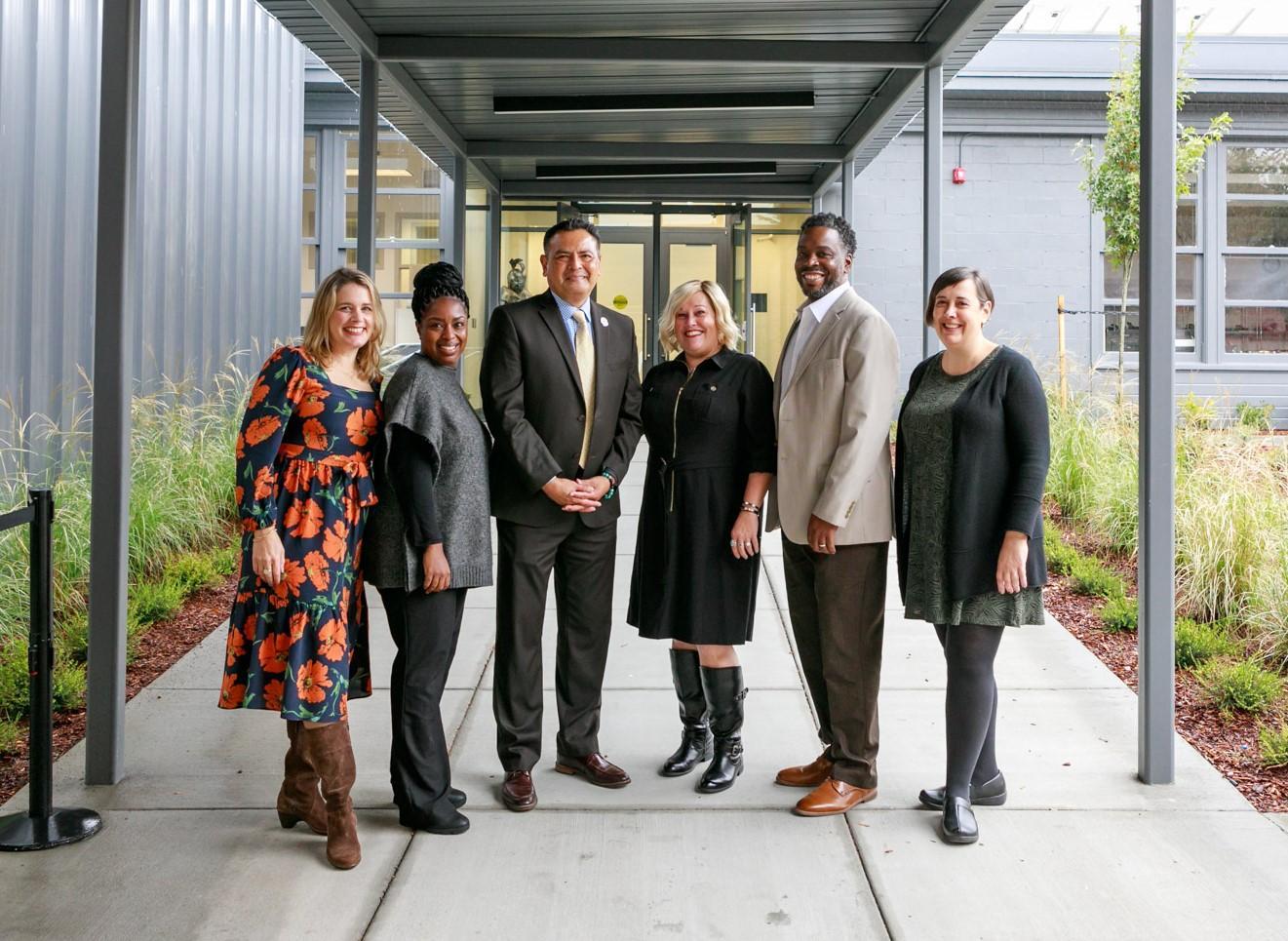 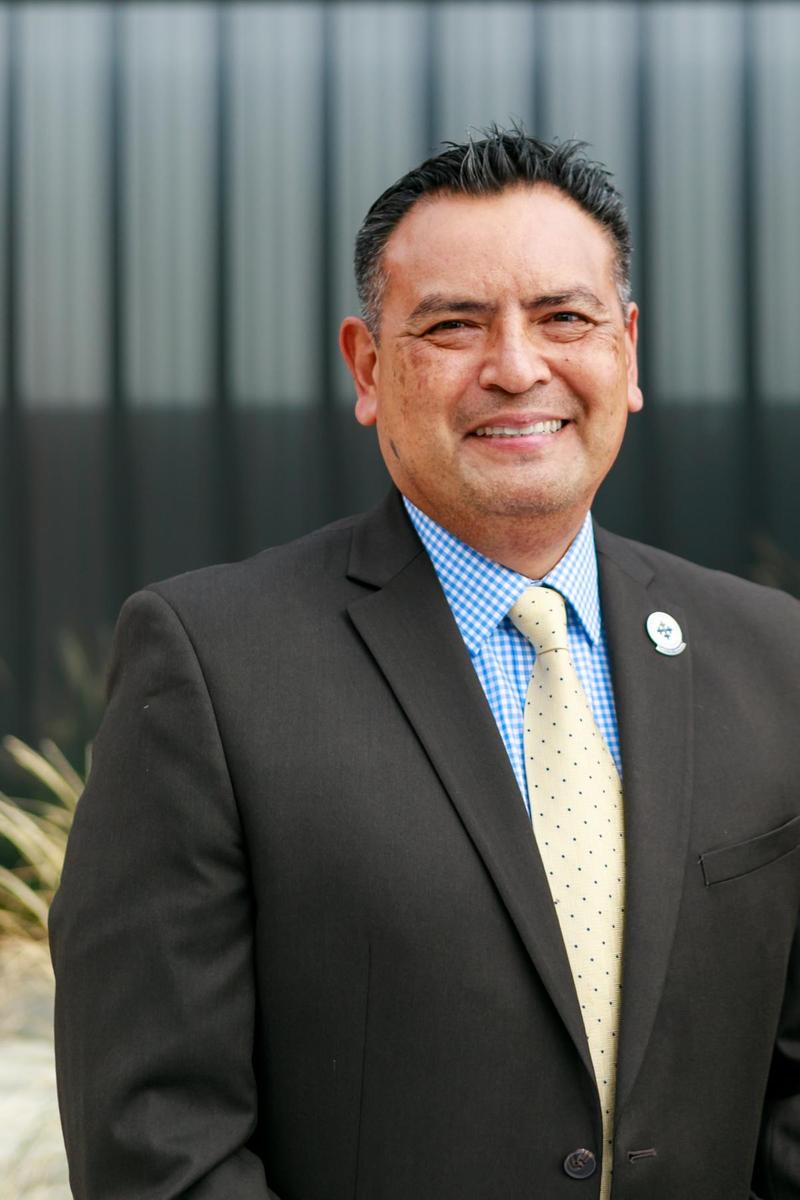 Oscar comes to DLSNC from Cathedral High School, a Lasallian Christian Brothers school in Los Angeles, which serves more than 700 young men, primarily from low-income, Latino families. In addition to being a graduate of Cathedral, he worked at the school for 26 years in various roles, including English teacher and director of development and admissions. Oscar attended the University of California, Berkeley where he majored in political science. He is bilingual, and has both Mexican and Chinese heritage. He and his wife of 25 years, Rosa, are the proud parents of four children, the youngest of whom is a recent high school graduate. 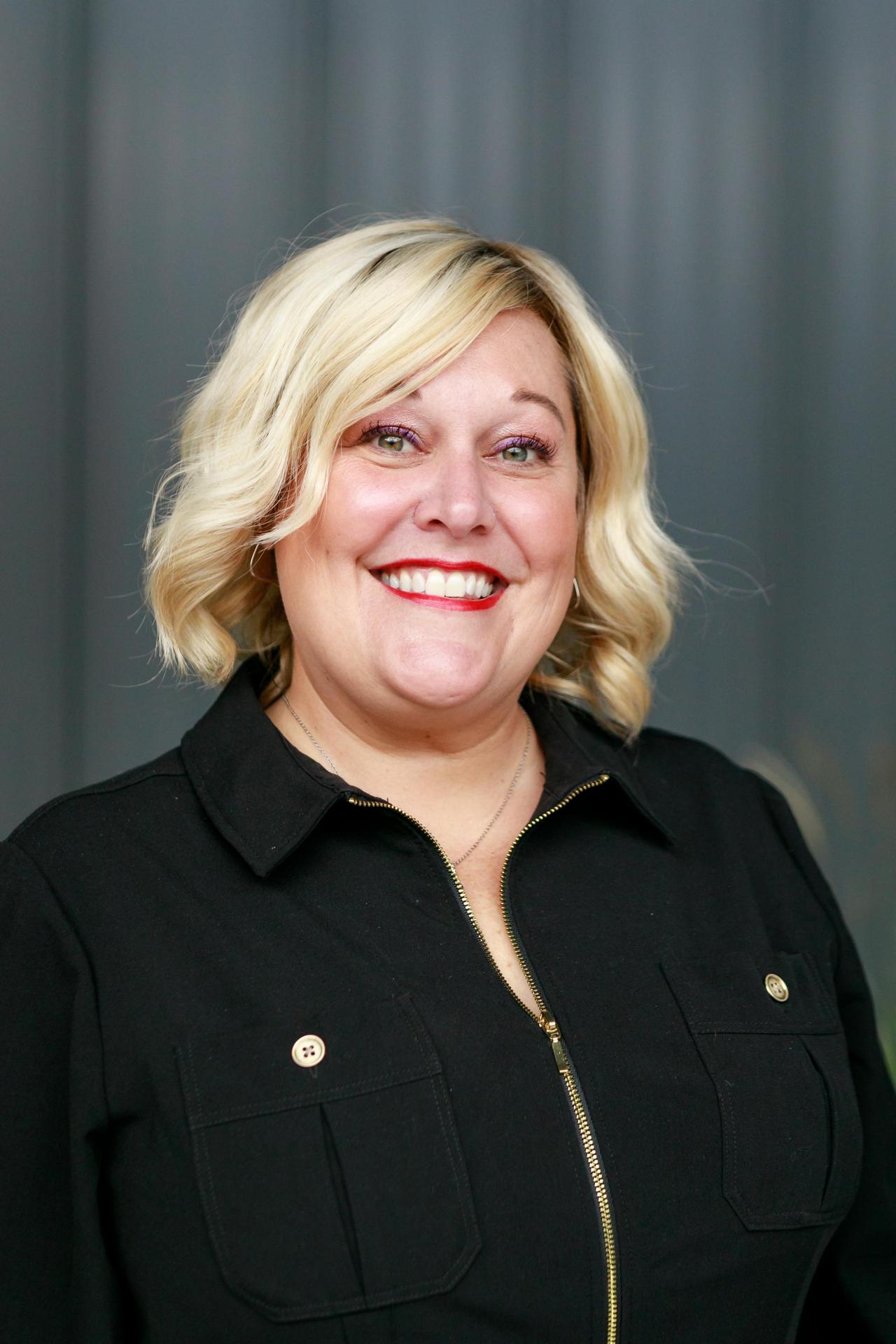 Erin Reid, Principal
A newcomer to Portland, Erin was appointed Principal in June 2021. She comes to us from Peoria, Illinois where she most recently served as Principal of the Robert A. Jamieson School in Peoria, Illinois, an innovative K-12 public school that includes a transitional program for developmentally disabled young adults. A passionate educator for the past 20 years, Erin started her teaching career at St. Gregory High School in downtown Chicago teaching Honors Shakespeare. In addition, Erin herself went to a Christian Brothers high school, Driscoll Catholic in Addison, Illinois. Reid holds a BA in Secondary Education, an MA in Special Education from Northeastern Illinois University, and has a Certificate of Advanced Studies in School Administration from National Louis University. Prior to her current position as principal of the Jamieson School, she held assistant/associate principal positions in two suburban Chicago high schools for a total of 12 years. Since 2007, Erin has been a school administrative liaison, trip leader, and teacher trainer for Partner Schools Worldwide which sponsors collaborative development opportunities worldwide for students and teachers. Erin joins her daughter and extended family members, already residents of the Portland area and a big draw in her recent move to Oregon. 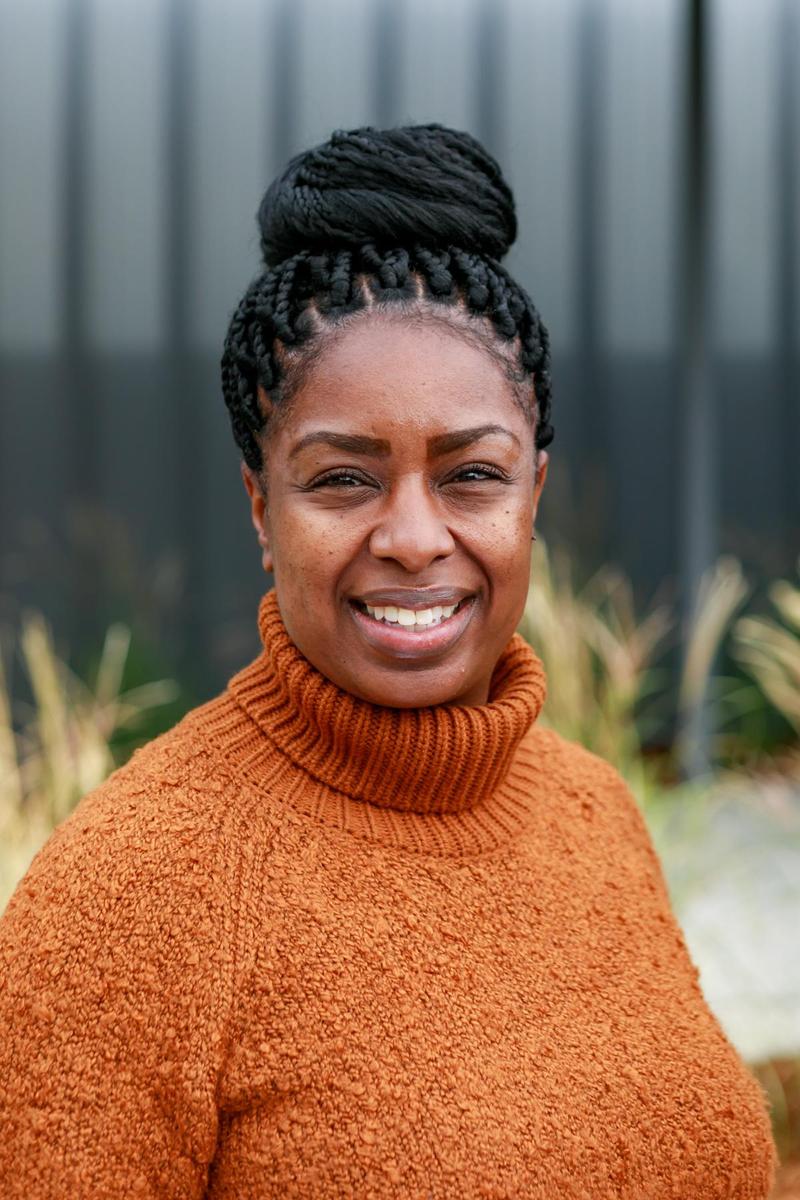 Aiyana Ashley, CWSP Director of Operations
Aiyana was born in Oakland, CA and attended a K-8 Catholic school similar to De La Salle North Catholic, a school with caring teachers and high expectations for growth, success, and achievement. Her family moved to Portland when she was a junior in high school and Aiyana graduated from Marshall High School, going on to receive her bachelor’s degree from Portland State University. While working as a case assistant at Stoel Rives, Aiyana supervised De La Salle’s Corporate Work Study Program (CWSP) student workers. Aiyana joined De La Salle North Catholic in 2011 as a CWSP Coordinator and was promoted to Director of CWSP in 2013, in which capacity she served until 2016. After a brief hiatus, Aiyana returned to De La Salle as CWSP Director of Operations in 2018. She has a passion for giving our students exposure to opportunities they wouldn’t have without the Corporate Work Study Program. 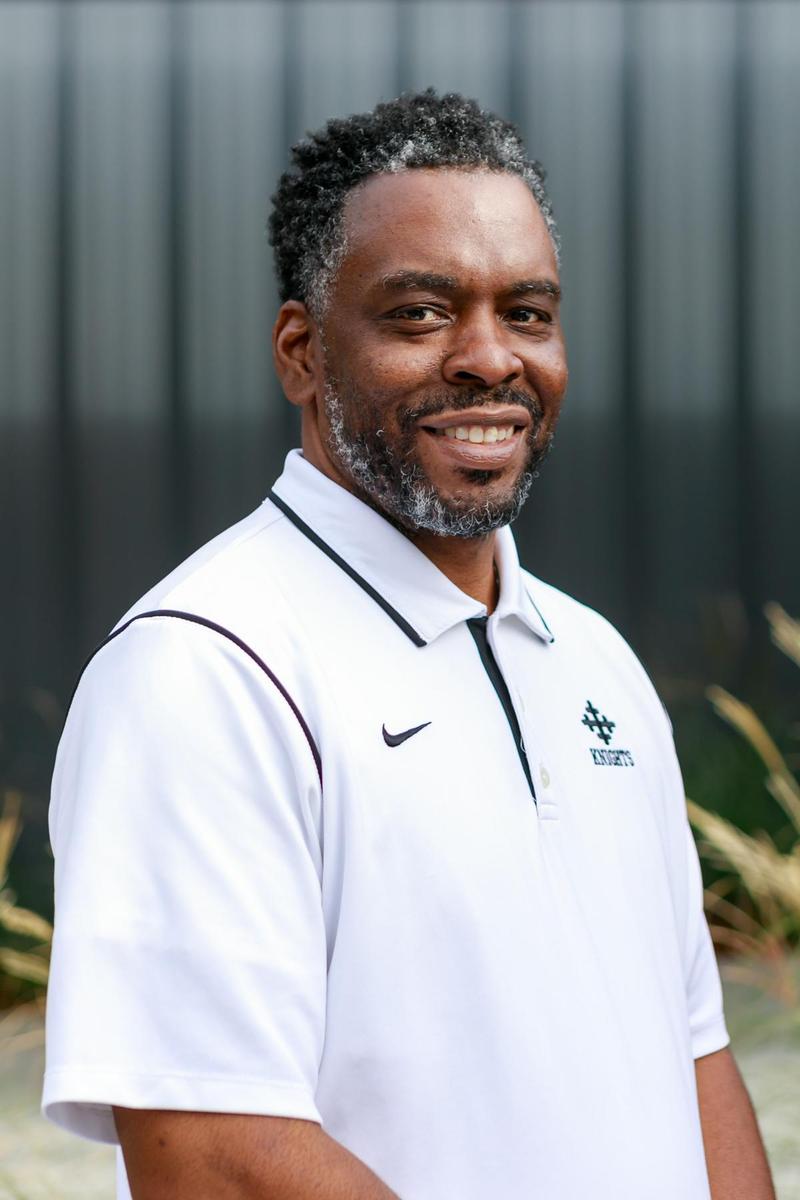 James grew up in Portland and attended Jefferson high school, going on to receive his bachelor’s degree from Warner Pacific College. James is in his 9th year on the De La Salle North Catholic faculty and currently serves as Vice Principal for Student Life and as Head Men’s Basketball Coach. Previously, James served as Director of Admissions and Athletic Director. In 2019 James was named a Distinguished Lasallian Educator by the Christian Brothers Conference. The award recognizes educators who exemplify the ideals of Saint John Baptist de La Salle, Patron of Christian Teachers of Youth. It is presented annually in the name of all Lasallians of the Lasallian Region of North America (RELAN). His contributions to the school’s athletic program as basketball coach have included five state championship appearances in seven seasons and, in 2018 and 2019, state championships. 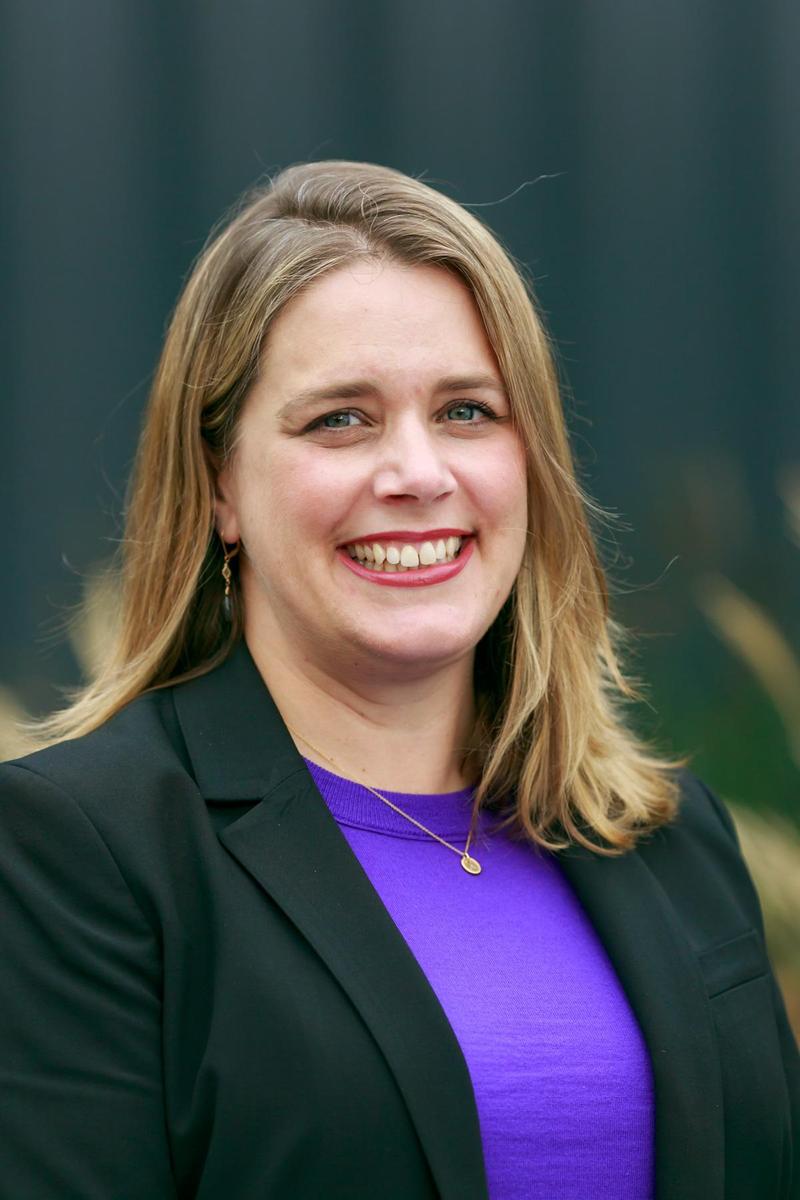 Ashleigh de Villiers, Vice President for Advancement
Raised in Portland, Ashleigh is a Lincoln High School graduate. She received her bachelor’s degree in history from Northwestern University. Ashleigh brings more than fifteen years of experience in management and resource development for educational and social change organizations, both locally and internationally. Ashleigh started her career in Cape Town, South Africa in 2000 as Project Manager of the Amy Biehl Foundation Trust. Overseeing a staff of 90 employees, Ashleigh led the Trust’s efforts to expand their programs to two additional cities in South Africa. Transitioning to the role of Managing Director and Trustee of the organization, Ashleigh was instrumental in stabilizing the Trust after the passing of one of its founders. Ashleigh then focused her efforts in the area of development as a consultant for the Treatment Action Campaign, South Africa’s largest HIV/AIDS advocacy organization, where she established their first Development Department. Ashleigh moved back to Portland in 2007. After serving as a grant writing consultant for multiple local organizations, Ashleigh found a home at De La Salle North Catholic High School. Starting in 2014, Ashleigh served as Manager of Foundation Relations at the school, and quickly proved an integral member of the school community.  She was promoted to Director of Development in July of 2016 and then again to Vice President of Advancement in July of 2017. 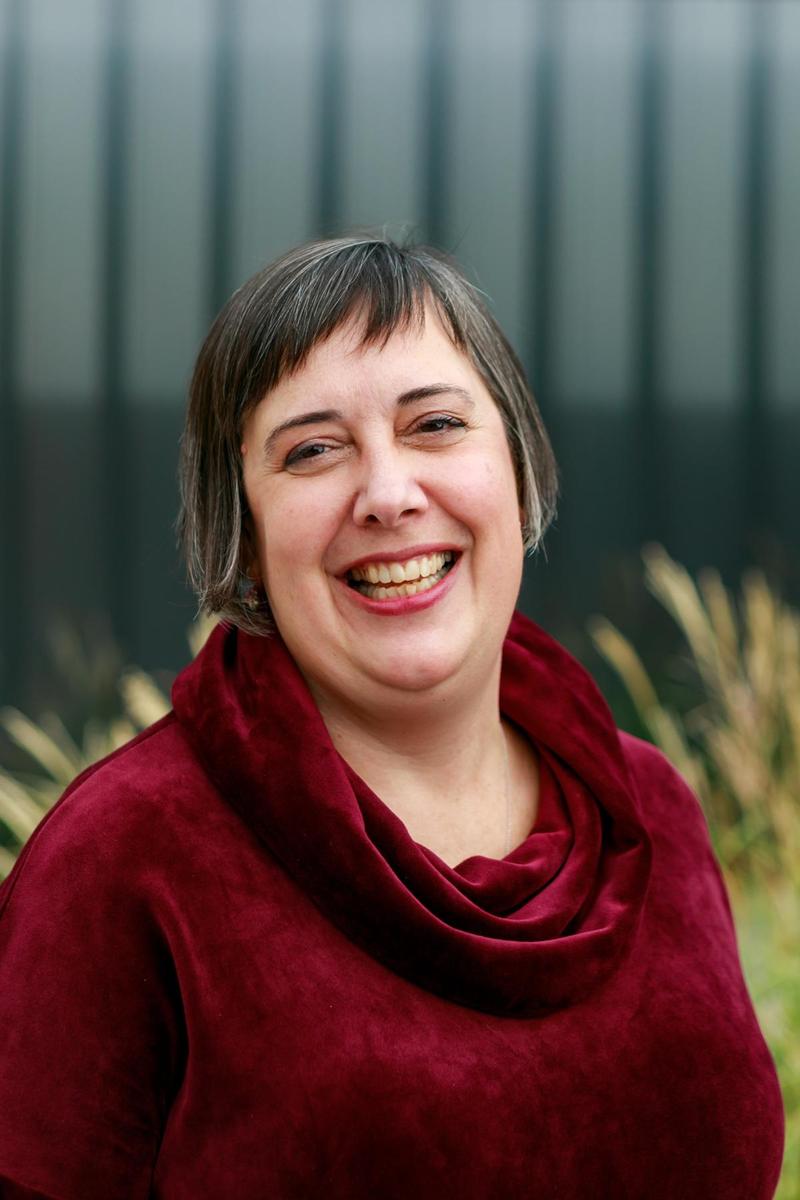 Ruth Richard was raised in Wisconsin. Both of her parents were the first in their families to graduate from college and passed on a strong belief in the power of education. This led Ruth to obtain undergraduate degrees in philosophy and English from the University of Wisconsin-Madison, a postgraduate degree in accounting from Portland State University and an MBA from Willamette University. Ruth spent much of her career working in the architecture industry before deciding to pursue her dream of working in the nonprofit world. Ruth enjoys gardening and playing board games with her family. She has been Vice President of Finance and Operations at De La Salle since 2018.