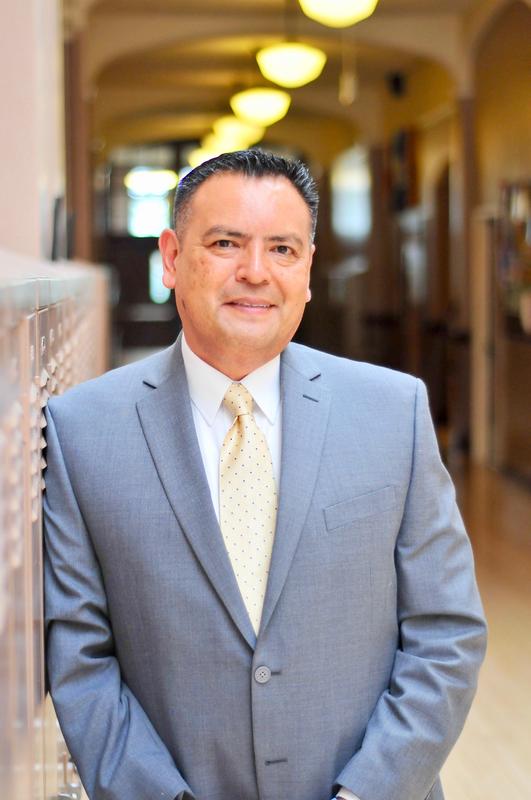 Oscar Leong is the third president of DLSNC and comes to us from Cathedral High School, a Lasallian Christian Brothers school in Los Angeles which serves more than 700 young men, primarily from low-income, Latino families.

De La Salle North Catholic High School (DLSNC) is pleased to announce the appointment of Oscar Leong as its next president. Leong is the third president of DLSNC and he succeeds interim president and founder Matt Powell who is returning to his position of executive director of the Lasallian Christian Brothers Foundation, located in Napa, California.

Leong comes to DLSNC from Cathedral High School, a Lasallian Christian Brothers school in Los Angeles which serves more than 700 young men, primarily from low-income, Latino families. In addition to being a graduate of Cathedral, he has worked at the school for the past 26 years in various roles, including English teacher and director of development and  admissions. Leong brings vast fundraising experience to DLSNC, including the successful completion of two capital campaigns in the last ten years.

DLSNC chair of the board of trustees Patti O’Mara said, “We are thrilled that Oscar will be joining us. His experience, personal story and passion for the school’s mission make him absolutely the perfect fit.” As president, Leong’s primary responsibilities include leading strategic organizational development, fundraising, building relationships with corporate partners, maintaining relationships with the Christian Brothers and the Cristo Rey Network, and representing the school in the community.

“It is with enthusiasm and pride that I look forward to becoming an integral part of the De La Salle North Catholic community,” said Leong. “I was drawn to the school by the unique partnership between the Cristo Rey Network and the Lasallian mission. Over the course of the past 26 years I have strived to always take into account the needs of each student and to create opportunities for their own personal, spiritual and academic success and I truly believe that De La Salle North Catholic offers this and so much more.”

Leong’s affinity to the Lasallian mission and his passion for the Corporate Work Study Program led him to DLSNC and he said he immediately felt at home during his visit. “I really understand the students who are served by DLSNC. I could have been one,” said Leong.

After attending the University of California, Berkeley where Leong majored in political science, he briefly entered the private sector before returning to his alma mater, where he has worked until now. Leong is bilingual, and has both Mexican and Chinese heritage. He and his wife of 25 years, Rosa, are proud parents of four children, the youngest of whom is a recent high school graduate. The Leongs look forward to making Portland their home in July.